Distributed teams are the future of software. Embrace it.

Editor’s Note: This is the first post in “Distributing Joy” our new series on managing, maintaining, and growing a distributed workforce through both technology and culture. We won’t be speaking about distributed teams theoretically, but from the direct experience of building our own remote culture: over half of our employees work from home in locations across the United States and around the world.

Even this blog post is global: that illustration up there was made by one of our designers in Ireland, this post was written by our co-founder in New York and by me in San Francisco, and you’re reading it on a blog built and supported by our marketing engineer in Michigan.

Distributed teams are the future of software. Just ask the CEO of Twitter:

“Our concentration in San Francisco is not serving us any longer, and we will strive to be a far more distributed workforce, which we will use to improve our execution.”

Or the CEO of Square, who echoed this sentiment:

“Our concentration in San Francisco is not serving us any longer, and we will strive to be a far more distributed workforce, which we will use to improve our execution.”

Regardless of your opinion of Social Media Jack Dorsey and Finance Company Jack Dorsey, he’s hardly the only tech leader to reach this conclusion. Here are some large and/or growing (read: successful) tech companies that aren’t just striving to create a more distributed workforce, but instead have built companies that are completely remote:

This is only a sample, but you probably get a good enough idea that we can move along; I doubt you came here to read a big list of company names. The point is that very successful companies can be completely remote.

As this trend continues, you personally stand a very good chance of working on (or even building) a distributed team. We highly recommend that you do. What does this remote future look like?

Teams will be more asynchronous

Gone are the days of walking over to a co-worker’s desk to passive aggressively stand next to them until they notice and take their headphones off. Communication will often be written, and, as a result, will likely (or at least hopefully) be more thoughtful and deliberate, and even include links to supporting documentation. Unless you’re on Slack, in which case it might be all these things plus emojis and slightly out-of-date memes.

And when you do have synchronous meetings, they’ll be more structured and less likely to simply expand to fill the time they were scheduled for. It’s a lot harder to let inertia set in and just keep talking when you’re looking at a webcam instead of sitting in a boardroom.

Teams will be more diverse

I mean, how could you get less diverse than the tech industry? It’s not for nothing that tech has a reputation for sexism, racism, and ageism.

This reputation exists in a world that is becoming more interconnected. Even if tech began to catch up to the diversity of San Francisco and the Bay Area (which it is nowhere near to doing), having most startups and tech companies located in one place cannot possibly allow those companies to mirror the diversity that can be achieved by hiring people from all across the world.

No more worries about “culture” fit because someone doesn’t seem to enjoy beer pong or didn’t just graduate college in the past five years. No more ignoring recent career switchers because they don’t speak the exact same terminology as people who’ve been writing code as a hobby since they were 12.

Imagine technology that truly works to solve the world’s problems, instead of mostly working to solve the problems of fairly affluent people who live in a crowded city that’s less than seven miles wide by seven miles long. Hiring people from all over the world can help us get there.

Teams will be more cross-functional, transparent, and autonomous

When you can’t actually see all of your employees, your best bet is to give them goals and then trust them to reach those goals while supporting their journey to finishing them. This means there’ll fewer silos as functional departments break into smaller, autonomous cross-functional groups that work towards their goals independently of some larger hierarchy.

Asynchronous work also means there’ll be more documentation and transparency since you can’t just talk about the project over lunch. You need to make sure the people working on a project at midnight your time have the information they need to complete their own work without pestering you.

Teams will be more intelligent, automated, and integrated

Integrations across tools will continue to get tighter, and the UX for all these tools will become easier to use as a wider range of people interact with them. When a team is distributed, it’s especially important that every part of the company be able to see what’s going on. Marketing cannot be off in its own world while engineering is siloed into their own tools.

At the same time, advancements in machine learning will provide better prediction and guidance on team velocity, team composition, and expectation-setting in terms of level of effort. You won’t need to see people every day in order to get a feel for how long it’ll take them to complete a project.

Teams will be more sustainable, and team dynamics are healthier

The more trust you have in your team, the less process you need in place to control them, and the faster the team will be able to make decisions and execute. It’s much harder to micromanage people (and to be micromanaged) when you don’t know the exact amount of time your co-workers spend going to the bathroom and hanging out in the kitchen deciding whether to eat chocolate covered almonds or chocolate covered raisins.

A constant, never-ending “sprint” being overseen by someone watching over your shoulder while you type is a great way to burn out. With that over, output will become more important than input. In the distributed team of the future, you’ll take more time to highlight and appreciate how far you’ve come, from the IC, to the team, to the top of the company, if only because it’s a great way to make sure the entire team is engaged and aware of every accomplishment.

The more trust companies put into their teams, the less process you need in place to control them, and the faster those teams will be able to make decisions and execute. The tools for tomorrow's software team will be designed to provide pathways to build trust across the team; instead of the default being to not trust employees, it will be to empower them.

You may notice some trends from the above: autonomy, trust, collaboration, transparency, better software. I’d guess there are very few people who don’t want these things in their workplace.

But when it comes to a list of nice things like this, the question is always: how do we get there? How can we leverage software to allow for collaboration and provide trust? How can we build a work culture that feels truly connected even when all the people in that org are spread across the world?

In this series we’ll do our best to answer these questions (and more) using our experiences, as well as the experiences of people at other companies who have successfully built distributed teams. Until next time! 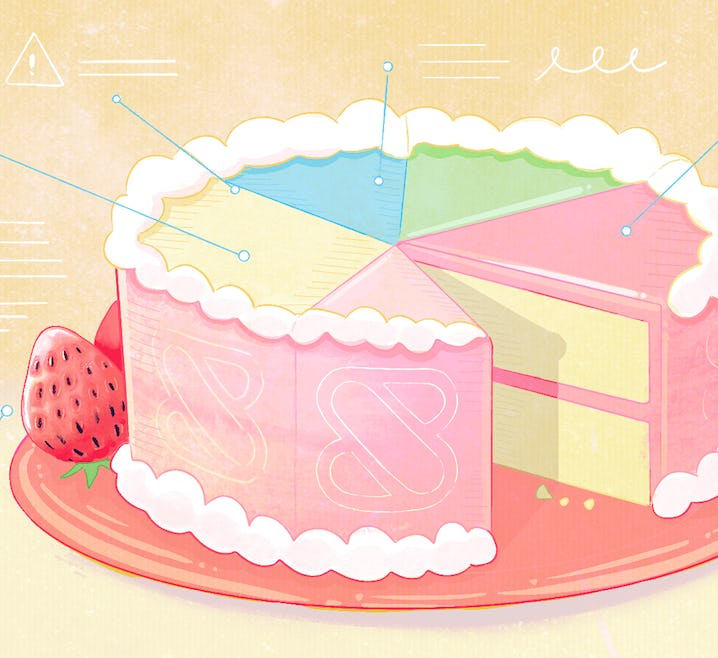 Scrum vs Kanban: a Comparison Guide

Docs are here to help you plan, manage, and document your work, in one unified experience in Shortcut

Experience the most lightweight, enjoyable way for your team to work.
Congratulations!You've been granted two free months on any paid plan if you sign up now!
Get Started for FreeContact Sales

Docs are here to help you plan, manage, and document your work, in one unified experience in ShortcutUse Product Analytics to Improve User Experience
© 2022 Shortcut Software Company
Privacy PolicyTerms of UseSecurityYour Cookies