Welcome to Shortcut! Shortcut is project management without all the management, built by our software team for your software team. We help you plan, collaborate, build, and measure success. Speaking of success, we want to make sure that you’re set up for... wait for it…

Wait for it a little bit more…

That’s why we’ve created this Ultimate Setup Series. This is the second post in this series. Read the first post here, which is about getting started with the basics. In this post, we’ll talk about best practices for Teams.

There is no one-size-fits-all approach to using Shortcut. You do you, is what we say. But we’d like to share some best practices for setting up Teams, because who are we to keep tips and tricks to ourselves? That’s not very team-like. And there is no ‘I’ in teamwork (although there is a ‘me’, but nevermind).

Our Teams feature is the key to unlocking collaboration in Shortcut. Find below best practices around: Team size, number of Teams, how to use Teams in sprints (Iterations), connecting Teams and Workflows, reporting on Teams, and viewing Epics and Milestones by Team.

But first, wait, hold on, what is a Team?

A Team represents a cross-functional squad, or any group of users who work on projects together; or, in Shortcut terms, users that collectively own Stories, Epics, and Iterations.

Teams are the central organizing force to help people in your organization collaborate and connect to other entities in Shortcut. It’s important to set up Teams in a way that will lead to success now while also planning for the future. By setting up Shortcut around Teams, you have the ability to:

Read more: A guide for transitioning to the new Shortcut Data Model

When setting up Teams, a common question we receive is: how big should a Team be? This is another way of asking: how do we define a Team?

We often throw around the term ‘two-pizza team’. An even more common question we receive is: What is a two-pizza team? A two-pizza team is a group in which you can feed two pizzas and all would be satiated. But how big are the pizzas, you might be asking? Well, we mean roughly 8-12 people.

A less weird way to think about a Team is to think of it as a squad: a cross-functional group of people working together towards a common goal. That’s still going to be about 8-12 people, but you don’t have to necessarily feed them cheese on bread.

It’s important to note here that a user can be - and often is - a member of more than one Team.

Let’s look at the most common types of Teams organization set up:

Team type 1: Cross-Functional Squad (this is what the majority of your Teams will be)

We’ve covered how many people, and pizzas, should make up a Team. The next question is: how many Teams do you need?

It’s important to note here that there can be too many Teams, and when this happens it’s often because the use case has ventured outside of the squad model. Too many Teams make it hard to organize and view progress. Teams like ‘Friday Lunch Team’ or ‘Pizza Party Planning Team’ (here we go again) or Teams with only one user in them make it harder to do quarterly or yearly planning to ensure that company goals and the squads working towards them continue to be represented in your Team structure in Shortcut.

How to use Teams in Iterations

For organizations who use sprints (Iterations in Shortcut), Teams will be a key part of your success. Each Story in an Iteration will be associated with a Team. Then, from the Iterations page, you can quickly sort the view by Team/s. This makes it easy to run Team meetings and for leadership or users on more than one Team to quickly jump between viewing what each Team is working on during each Iteration.

The Team is the squad and the Workflow makes up the steps your work goes through from Unstarted to Done (or whatever customized States you create). Check out Teams <> Workflows to understand the Teams and Workflow relationship.

You need both Teams and Workflows, so when you are setting up Teams, make sure you set up your necessary Workflows as well. You might have a Workflow for each Team or numerous Workflows for one Team. It is a many-to-many relationship, so you have the flexibility to set this up to fit your needs.

Your Workflows can also grow and change as your company scales. (Is anyone else still thinking about pizza?) You may find many Teams use one Workflow when you start; but, as you scale, squads diversify. For example, you can add a Marketing role to your Team. This person doesn’t have to work within the existing Workflow, but can create a new Workflow that is customized for their work.

Reporting is important for planning, supporting Teams, and growing your business. Since your work in Shortcut will be organized by Teams, you are able to filter any report by Team, zooming in on each squad.

Viewing Epics and Milestones by Team

Epics and Milestones allow larger projects to be tracked and viewed across your organization. Viewing each page by Team allows the members of that Team as well as anyone in the Workspace to quickly see progress toward company initiatives and whether projects are on track. 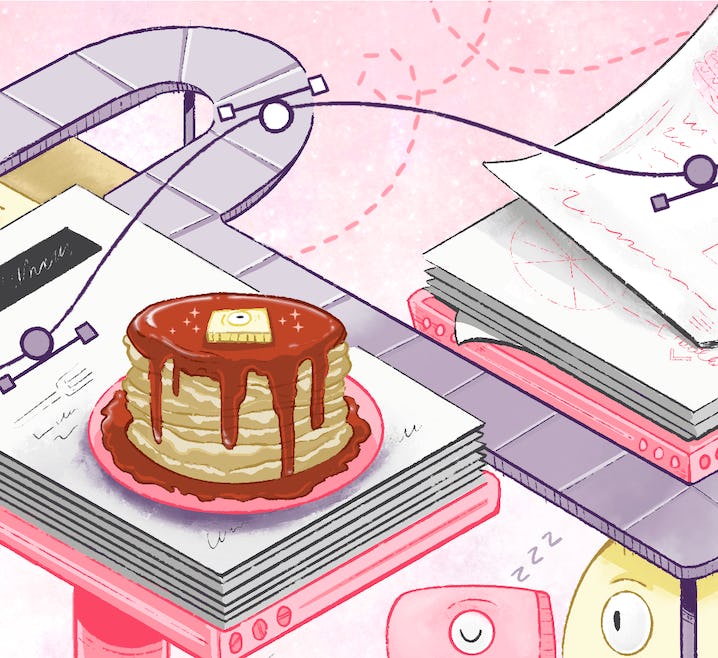